The foundation of our investment philosophy

The origins of the team’s approach date back to 2006 when the Global High Yield strategy was first launched.

To understand the underlying factors, we first categorize bonds into four broad factors. A growing body of research shows that these factors can enhance returns over and above a purely index orientated approach. Our own internal research also supports these findings and shows that these factors all outperform the overall market (see below). Our focus is on the two most rewarded factors - Value and Size. 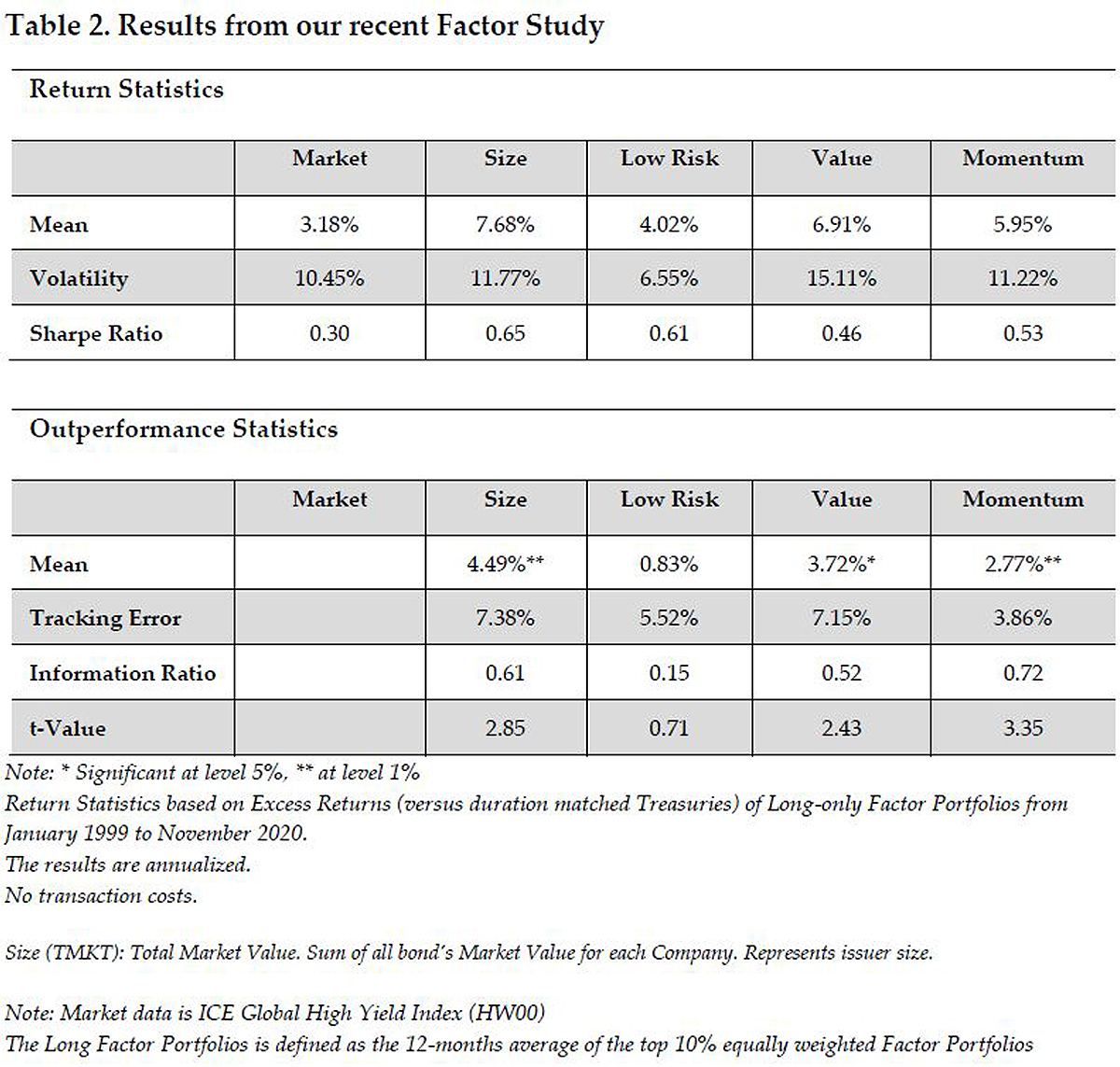 Investing in the “Value factor” does not entail simply choosing the highest spreading bonds in the universe. On the contrary, the most attractive Value factor portfolio might well be mispriced crossover credits often referred to as “Fallen Angels”. Following a downgrade to high yield, investment grade funds become forced sellers of “Fallen Angels” and the bonds experience a spread widening which often overshoots their fundamental value. 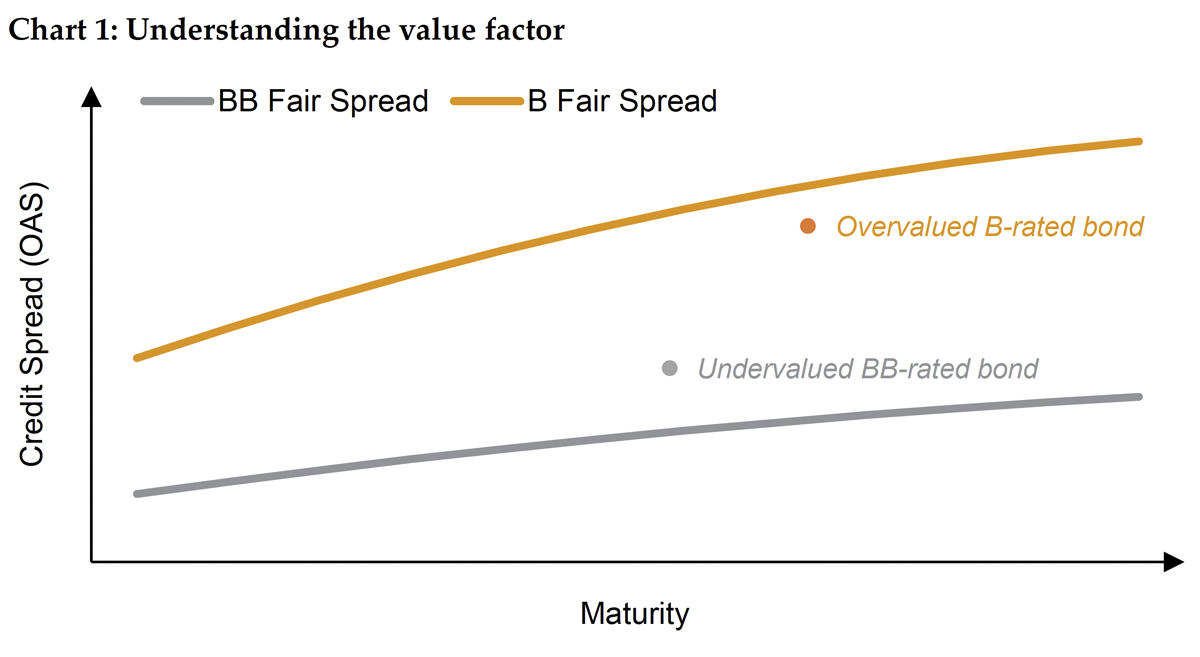 The “Size factor” shares some similarities with the Value factor. Smaller companies often pay a higher interest rate because they are under-researched and unavailable to larger managers due to issue size constraints - rating agencies also penalize for size. Consequently, a small cap company might trade in line with its rating but be undervalued relative to its underlying financial strength – hence investors get a higher spread for a given level of leverage. Because of these market inefficiencies, small caps will tend to recover later following a selloff. In that sense, the Size factor becomes Value later in the cycle because spreads stay wide for longer. In that part of the cycle, small cap bonds also offer an opportunity to unlock hidden value through mergers and takeovers by larger competitors with higher ratings.

Due to our long experience with the Value and Size factors, we understand that bonds can trade “cheap” for a reason - so we emphasize bottom-up research to challenge and sanity-check potential investments. Company fundamentals are also a key part of our risk management philosophy - avoiding permanent loss of capital remains a primary focus. We prefer companies with tangible assets and leverage below the market average to keep flexibility in the portfolio during downturns - in addition, we exclude bonds rated below B- from our investment universe to exclude the most default prone candidates.

Within Emerging Market Debt, mispricings are often the result of market dislocations which remain a common feature of the asset class. Recent examples include Argentina, Mexico, Russia and Turkey, where either government finances, the imposition of tariffs, or a government change has led investors to re price the risk premium in these markets. The opportunities such events present tend to cluster in regions and sectors as the credit cycle develops. Using an active, conviction-based approach, we aim to exploit opportunities irrespective of the country, rating, or size of the issuer.

When dislocations occur, there is often a significant and rapid depreciation in the local currency against the USD. This is then followed by the main rating agencies reacting to the macro change with either a negative outlook or rating downgrade. The “sovereign debt ceiling” often forces constrained investors to sell when sovereigns are downgraded, and the corporate ratings are adjusted down accordingly. This often occurs even if corporate fundamentals have not changed. During such periods, even the best quality export focused companies get repriced despite the fact that they will often be the main beneficiaries of a drop in the local currency. As a value manager much of our focus is on identifying these “undervalued” high quality opportunities in out of favor markets without being constrained by index considerations.